An Abundance Of Fish 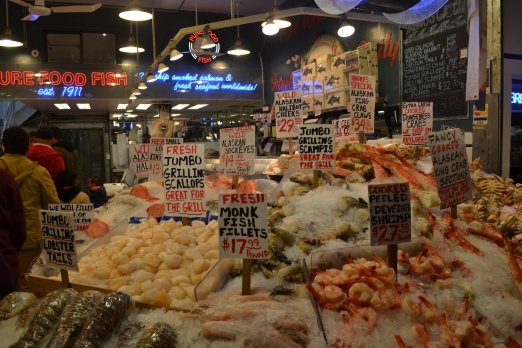 John 21:5-11 Jesus called out to them, “Friends, haven’t you any fish?” “No,” they answered. He said, “Throw your net on the right side of the boat and you will find some.” When they did, they were unable to haul the net in because of the large number of fish. then the disciples who Jesus loved said to Peter, “It is the Lord!” As soon as Simon Peter heard him say, “It is the Lord,” he wrapped his outer garment around him (for he had taken it off) and jumped into the water. The other disciples followed in the boat, towing the net full of fish, for they were not far from shore, about a hundred yards. When they landed, they saw a fire of burning coals there with fish on it, and some bread. Jesus said to them, “Bring some of the fish you have just caught.” Simon Peter climbed aboard and dragged the net ashore. It was full of large fish, 153, but even with so many the net was not torn.

The men in the boat listened to Jesus. Not only did they listen to Jesus, they acted on what Jesus instructed them to do. As crazy as it was, they dropped their nets to the other side of the boat. Their small act of obedience landed them a net overflowing with fish.

In her book The Magnolia Story Joanna Gaines heard God say, “If you trust me with your dreams, I will take them further than you could have ever imagined.”

What is God asking of you? There is no need to fear. When you step out in obedience, God will provide more than you could have ever imagined.