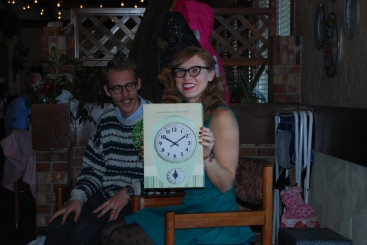 I just returned from a trip to Colorado where I visited our daughter at Colorado State University. I flew into Denver on an early morning flight, where I caught a shuttle to CSU in Fort Collins. The shuttle consisted of one other passenger who was only going half the distance, myself and the shuttle bus driver, Scott. I began visiting with Scott to find out he was celebrating his 39th wedding anniversary in August! He had moved to the Denver area from California  where he retired from the police force ten years earlier to start up a new church. He had spent the night before doing prison ministry until 1:00am, went home where he napped until 3:00am so that he could make a couple round trips from Denver to Fort Collins with the shuttle bus before he went home to pack for a men’s Bible retreat in the mountains for the next 3 days. After hearing Scott’s story I was feeling guilty about wanting a few days away to write and relax.  I asked Scott, how he found the energy to keep going. He told me there was a lot of work to do before he leaves this earth.

In today’s verse Jesus told the crowd, “I am with you for only a short time”. Our time here on earth is short. Only a blink in eternity. How will you spend your short time here on earth? Sort out the important and focus on that. Be diligent, like my shuttle driver Scott, to the work God has called you to do.